You’re minding your business beneath a friendly Tower when an enemy Hero attacks. Instead of helping, though, your Tower keeps attacking minions!

“Personally, I’ve never really felt safe under my own towers,” says Kevin Gu, a developer on the Heroes team. “Which is strange, considering there are literally cannons right next to you!”

It’s not a good feeling being a friendly structure’s second or third priority when it’s your first. That’s why the second Nexus Anomaly, A Call for Help, is hitting the live servers with changes that make both Towers and Cores more reliable teammates, featuring unique abilities that make them defensive forces to be reckoned with.

Experience Globes, our first Nexus Anomaly, went so well that the team is keeping it in the game permanently; the same is possible for A Call for Help, though it’s also possible that these changes will only last a Season. A full breakdown of the changes may be found here. We called on game designers Gu and Adam Z. Jackson for the details.

How would you explain the Tower change to someone who isn’t excited about it yet or to a new player?

Adam Z. Jackson: Before, when an enemy hero attacked you under your Tower, your Tower would leave you hanging unless you killed everything else around that hero first. Now your Towers will help you out right away, which should translate into them feeling like more productive and smart members of your team.

Kevin Gu: We want to give players who defend their structures greater protection without preventing their opponents from being aggressive. Now that we’ve been playing with the system internally for a few months, it’s hard for me to imagine the game without it, and we hope that other players will feel the same way.

What’s the backstory for how you came up with this Anomaly?

Gu: The team has been talking internally about Tower aggro [the process by which Towers select their targets] for a while now; it’s just that we have been apprehensive about introducing mechanics and systems that could draw out the length of the games. Turns out it wasn’t as bad as we feared!

We also made sure that we didn’t forget about the aggressors. This is why we removed Slows from Forts and Keeps and introduced quality-of-life improvements like Tower attack beams [which show the unit the Tower is targeting].

Jackson: With the announcement of Anomalies late last year, we felt we had the freedom to try these changes out temporarily to see how the community liked them.

Any funny stories from playtests?

Jackson: Early on, we had a lot of fun moments where we would forget about the changes when making a huge Tower dive, which would often result in our more experienced players making all kinds of flashy plays… only to die horribly to the enemy Tower that could actually kill them now.

Gu: Early on in testing there were definitely moments of, “It was at that moment he knew he messed up.”

If you were a Tower, what would you think of all these changes?

Gu: Why should Heroes have all the fun? Structures are people, too!

Jackson: I’d be slightly upset. The powers-that-be are now expecting me to put more mental effort into what I’m doing, which is honestly just a big bother. Unless I’m part of the 1% and got to be born as a Kings Core, [each team’s most important and central structure,] in which case I’m pretty stoked, since the rich just got richer. 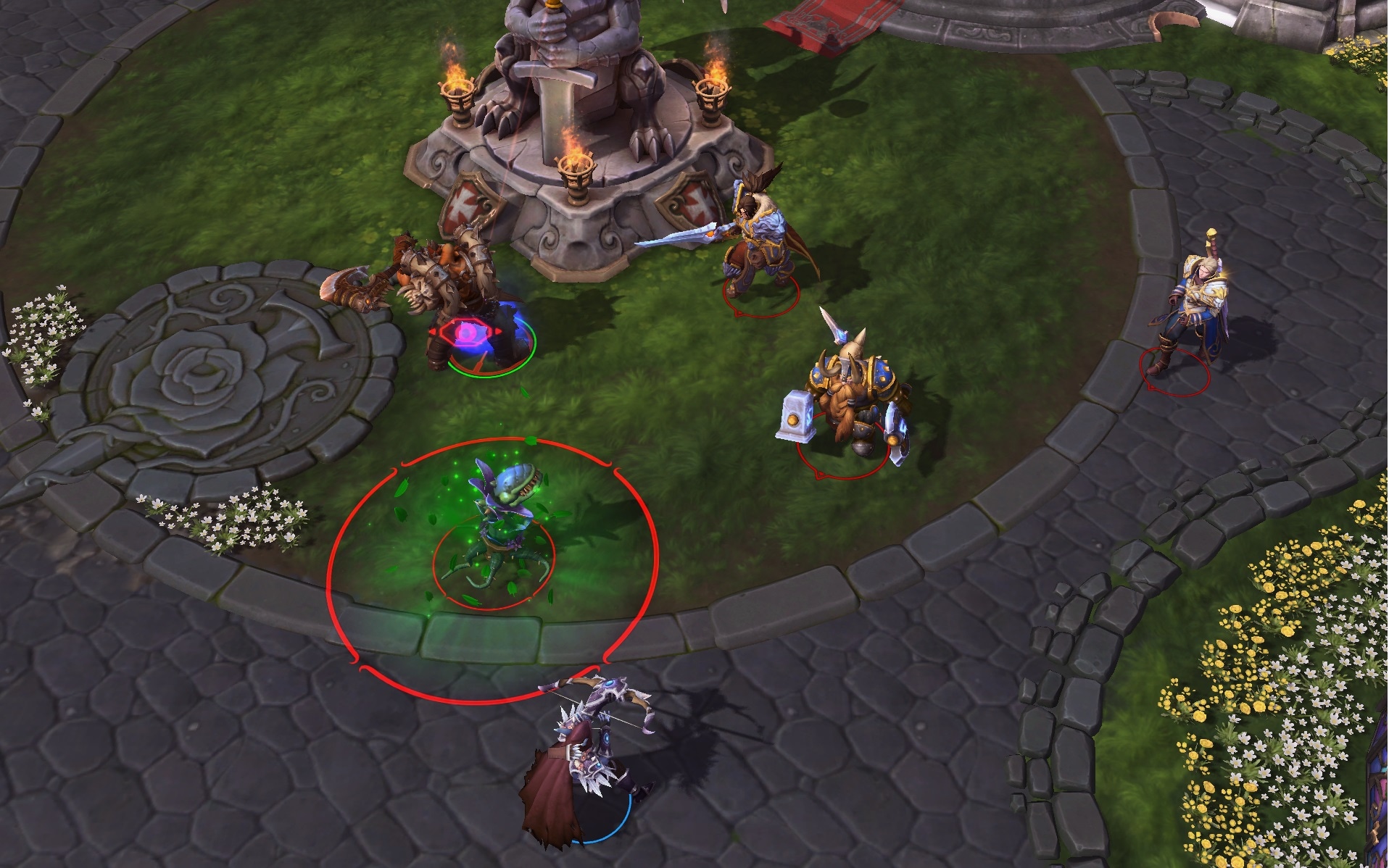 We understand the Cores are also receiving some changes in this Anomaly. Can you explain in more detail the „Core Mechanics“ part of your forum post and what it means for players?

Jackson: At a high level, it means that Cores now have new mechanics that they will use to protect themselves, which should help give them even more unique identities.

Gu: For example, the King’s Core on Gardens of Terror periodically drops seeds on the ground that turn enemy heroes into plants. These abilities are intended to be more about flavor and are telegraphed to provide time for players to move out of their way.

How would you break this down for a less experienced player?

Gu: There are many incredibly unique battlegrounds in the Nexus. What better way to celebrate the Nexus than to add a different themed ability to each battleground’s Core?

Where did the ideas for themed abilities come from?

Gu: The whole team had their hands on the creation of these abilities. Gardens of Terror pretty much remained the same from the first iteration, but others like the Sky Temple Core ability relied on a group of dedicated developers providing playtesting and feedback to get just right. I think we are all very proud of the outcome.

Jackson: Most of the ideas came from existing mechanics on the maps themselves, and then we would go through a few iterations to make them readable and open for counter-play.

Jackson: My personal favorite is Blackheart’s Bay due to the cannonball explosions. It’s so wacky and has the potential to create come hilarious moments when it sends Heroes flying.

Gu: My favorite has to be Lignify on Gardens of Terror. The shambles it turns you into is just so cute. I may have intentionally been lignified a few times.

How are the abilities working in playtests? Any more stories to share?

Jackson: I still remember our first time playing on Sky Temple with its new Core mechanic, which spawned tornadoes that knocked back enemies. My team was approaching the enemy Core, and then there were suddenly so many tornadoes around it that we could barely move our Heroes, let alone tell what was actually happening. Needless to say, the other team came back and won due to their awesome new Core-nadoes.

Gu: The most memorable moment for me was our first iteration of Warhead Junction. I set up the King’s Core to launch a nuke every four seconds. Glorious nuclear apocalypse. Then Adam nerfed it. I’m totally not mad about that anymore. 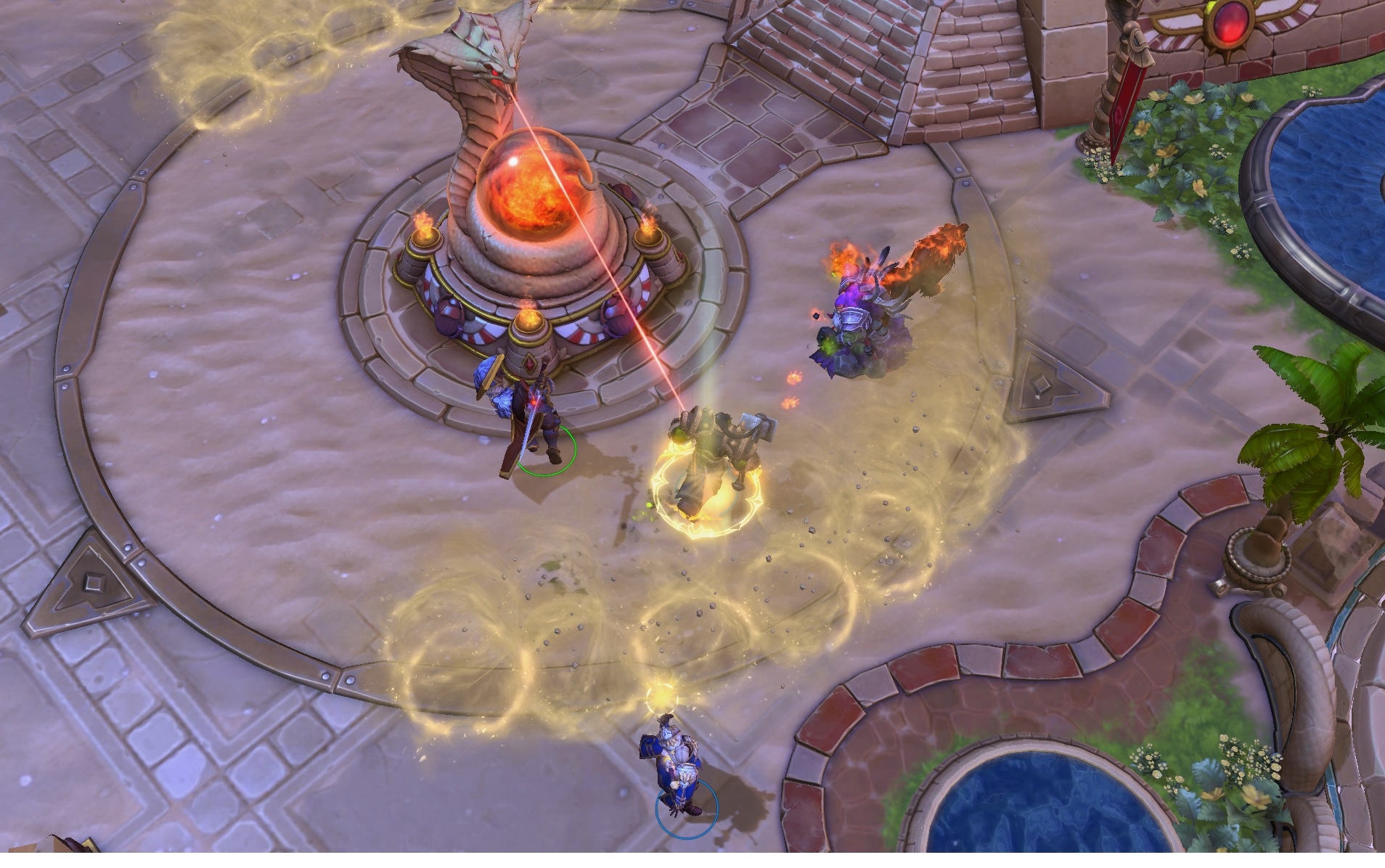 Be honest. Do you think players will find ways to taunt each other with Call for Help?

Jackson: I wouldn’t be surprised to see teams who have the game in the bag purposefully walk into the mechanics as a show of dominance!

Gu: My favorite moments are those where people will try to goad enemies into attacking them under Towers. There’s a friendly cheekiness to it.

What’s the in-universe explanation for what’s going on when a Hero Calls for Help?

Jackson: Well, as we progress through the game, we’re levelling up. Who says the Cores, which hold the powers of the Singularity, aren’t also levelling up as we perpetually fight and die around them?

Gu: I think the Nexus just decided to do some home improvement projects. It’s a tax write-off. 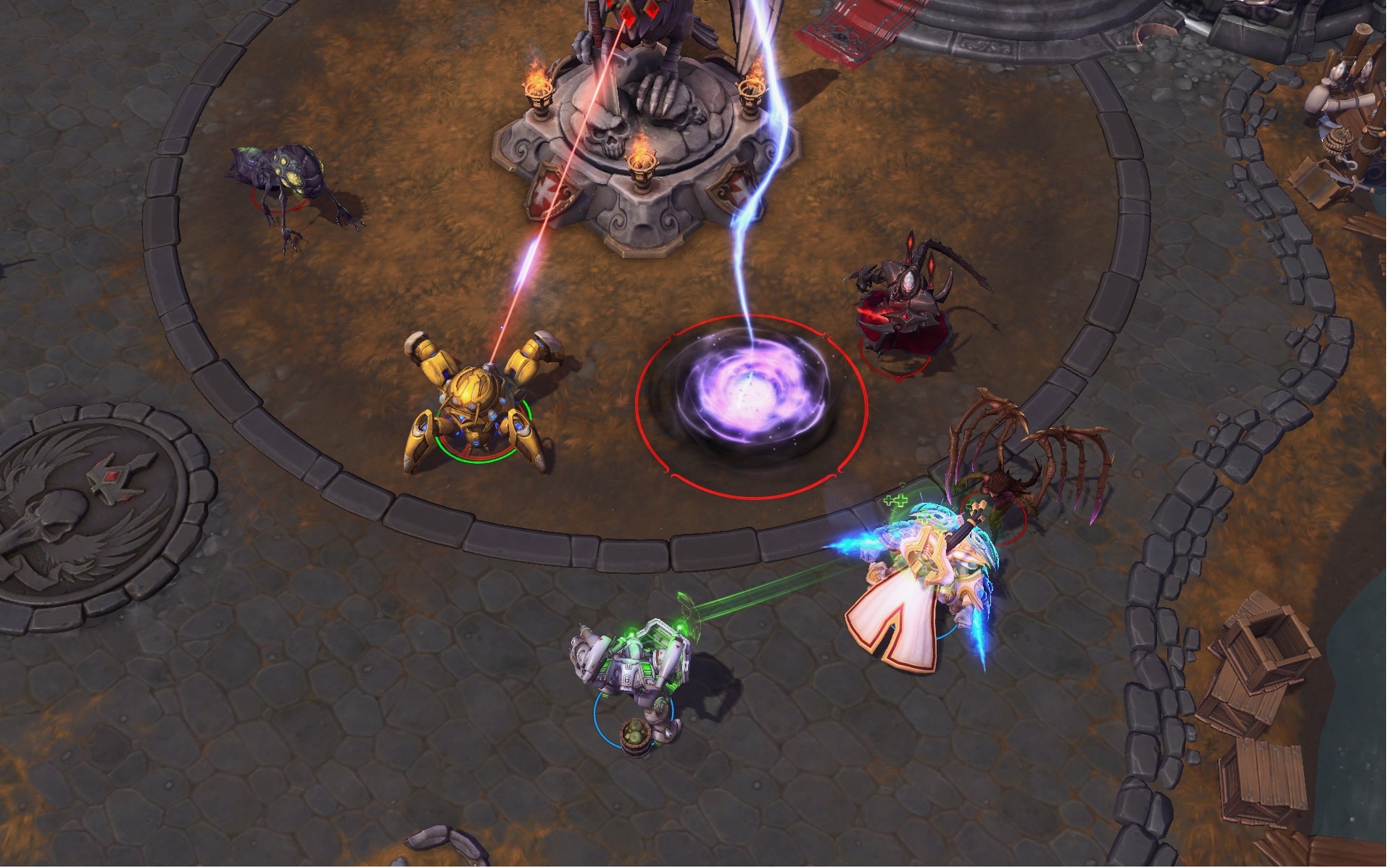