We just released a new patch for Heroes of the Storm a new Hero, balance updates, and more to the Nexus! 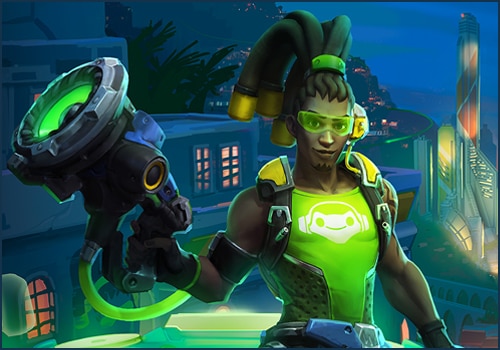 From the streets of Rio to the clubs on King’s Row, Lúcio’s beats bring the party to life, and drive the people to action. Now he’s on tour in the Nexus, ready to Break it down, and to continue fighting for what’s right.

Developer Comment:  Thrall’s two Heroics are overly sensitive to being interrupted, something that has been on our radar to fix for quite some time.

Developer Comments:   We feel that Valeera needs a small increase in power to help her overall win rate, but are hoping to do so without adding much more burst damage or disabling effects. The changes to her Health and Basic Attack damage should give her a boost, while the changes to Talents, Ambush, and Garrote should create harder decision making for the Rogue. While we were looking at her Health Regeneration, we noticed that it was actually higher than intended (most Heroes take 480 seconds to regenerate their entire Health pool), which is why we reduced it slightly. We’ve increased the duration on Cloak of Shadows so that predicting Abilities is easier to accomplish. We want it to be a rewarding, high skill-cap ability, but with the old tuning it struggled to compete with Smoke Bomb.

Developer Comments:  We like that Mortal Strike and Shattering Throw are great counter options for certain team compositions, but thought they came just a little too late to draft Varian specifically for them.

Developer Comment:  : Mrrgrgrlgrl! Rise my brother murlocs! Mrrrgrgrlrlgrl! Vengeance will be ours! In examining Murky, his original health and egg timers are vestiges of a different time, created before even Jaina entered the Nexus. We wanted to give him more base health to make him a little harder to burst down, but traded it for a little longer time to respawn from his Egg. This has the added bonus of allowing a bit more counter-play to hunting our fishy friend. We also wanted to adjust Pufferfish, as an increasingly high amount of the roster could immediately explode it. Finally, his talent tree has been updated to come in line with our new philosophies. We’ve not only found this Murky much more fun to play as, with some exciting talents in each tier, but also more fair to fight against! Mrrgrgrlgrl!

Heroes: Undokumentierte Änderungen an He...