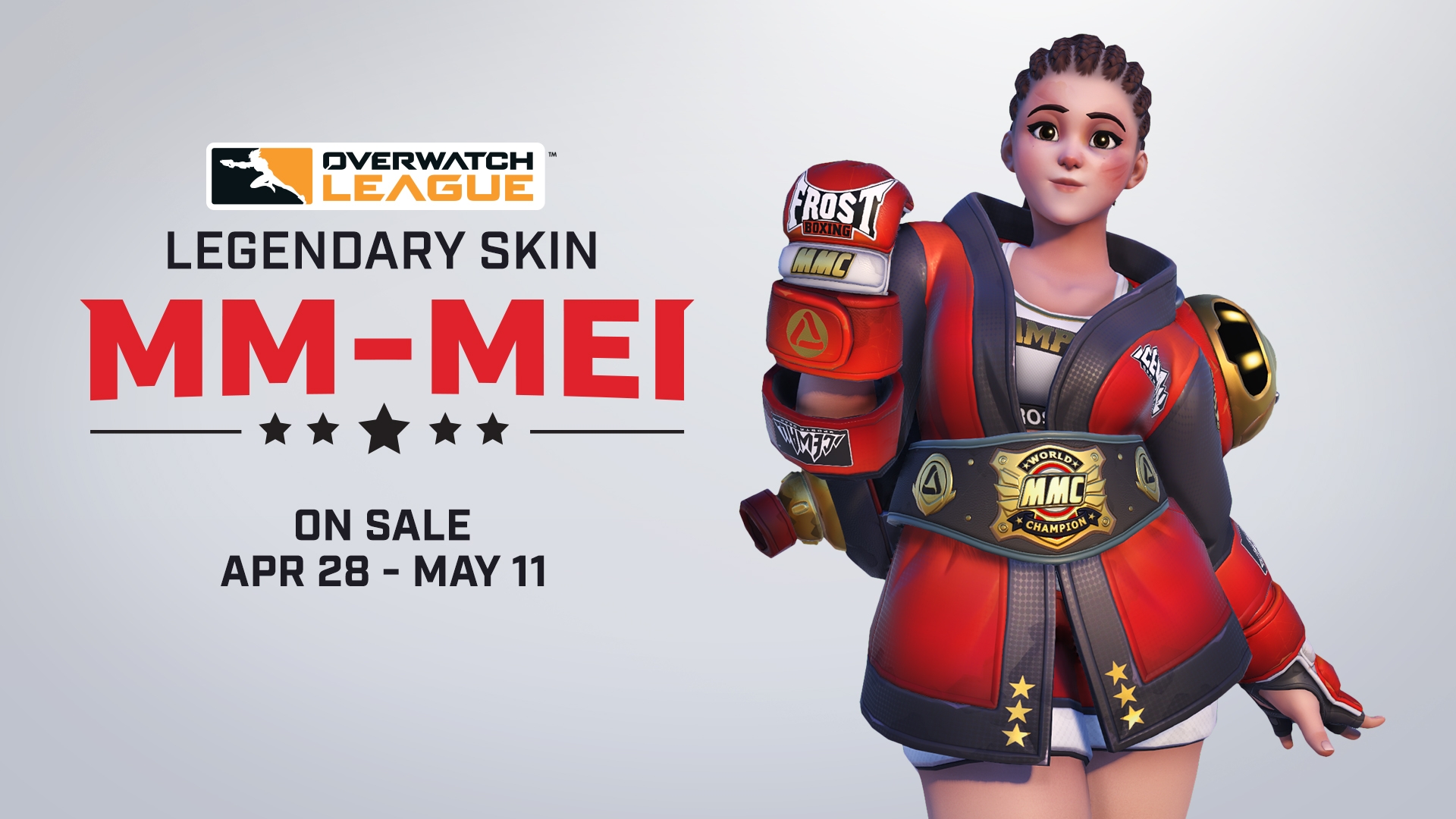 Next week, from May 6–8, the top four teams in the Overwatch League—two from the West and two from the East—will get in the ring and duke it out for the May Melee title. To commemorate the first tournament of the season, we are excited to release a Legendary skin that captures the fighting spirit of the competition: MM-Mei.

The skin was inspired by the intensity and distinctive fashion of mixed martial arts, and is the first tournament-inspired concept brought to life in the game.

“Since the May Melee is the first Overwatch League tournament of the year, we wanted to design a skin that represents the peak of competition,” the Blizzard team members shared. “We felt combat sports like boxing and MMA embodied the theme well and used this to begin designing the Legendary skin. Last year we saw others in the community having fun with the May-Mei pun, and therefore felt Mei was the obvious hero choice for a May Melee skin.”

The MM-Mei Legendary skin is available now through May 11 for 200 League Tokens, which fans can earn by watching live Overwatch League broadcasts. Click here to learn more about YouTube account linking and Overwatch League Perks by T-Mobile.