Our next Heroes of the Storm patch has just arrived to the Public Test Realm and will be available for playtesting until June 12. During this time, we kindly request your assistance in trying out some of the new content it contains before we officially release the patch to the live version of Heroes. Just like last time, if you encounter any bugs or other issues during your PTR play sessions, please stop by the PTR Bug Report forum to let us know about your experiences. 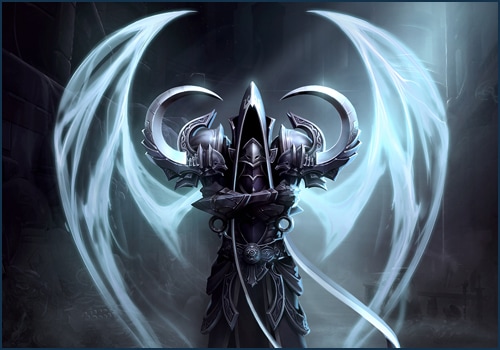 Once the Aspect of Wisdom, Malthael abandoned heaven after the Worldstone’s destruction. In secret, he had resolved to end the Eternal Conflict by becoming a Reaper of Souls and eliminating everything affected by demonic corruption, including humanity.

Developer Comment:  We started looking at Thrall for a talent update as many of his talents were older generic talents, and Thrall ended up having a clear build path. Our pillar for this update was creating more talent diversity and unique ways to play. The changes to Feral Spirit add new opportunities for Thrall to make big plays, while allowing him to continue his role as a lane bully, or play with the team, depending on your playstyle. Overall, Thrall is now flush with Quest talents, and this is something we wanted to explore and are excited for your feedback.

New Bundles – The following new Bundles and Skin Packs are available for a limited time!