The Road Ahead: Legendary Ring Questline

The road ahead is fraught with embers and blood, as it was before—so it goes and ever goes. . . .

You’ve survived a long and dangerous journey thus far on Draenor. One portal has been destroyed within Tanaan Jungle . . . but Gul’dan and the twisted remains of the Iron Horde still strive to open another portal into Azeroth. You’ve allied with powerful forces to counter these nefarious plans, including the Archmage Khadgar. His efforts to fight the rising power of Gul’dan have presented countless new challenges and powerful rewards—but only for those stalwart enough to take on his formidable tasks.

Follow along with us, won’t you, as we walk you through the next—and final—chapter in Warlords of Draenor’s Legendary Ring quest line, culminating in Patch 6.2. And if you’re just getting started—or want to pick up where you left off—we’ve put together a guide of the journey so far.

The campaign on Draenor has been taxing and perilous, but there’s more that needs to be done. In the quest The Final Assault, you’re asked to head back to your Garrison to await further instructions from Archmage Khadgar. Ominous news is spreading that Gul’dan has taken over what remains of the Iron Horde—as if history is doomed to repeat itself despite the valiant efforts of the Horde and the Alliance forces. To face this evolving threat, you’ll need to ready yourself to go back to Tanaan Jungle.

You’re going to need a bigger boat to get to Tanaan, and are soon tasked to build a Shipyard in your Garrison to get you there. You’ll also be able to build a fleet and send ships out on missions to help turn the tide of the war.

Khadgar will meet you at your new dock to explain the next steps to earning your ring and putting a stop to Gul’dan’s nefarious machinations. First, you’ll need to work on Upgrading your shipyard to Level 2 and then take on legendary shipyard missions until you earn the draenic sea chart. Khadgar also wants you to venture into Hellfire Citadel within the heart of Tanaan Jungle for the quest We Don’t Need No Library Card, which tasks you with collecting Tomes of Chaos.

Once you’ve collected the tomes, it’s time to start Cooking the Books—or at least it would be if Cordana would cooperate and burn them as she should. Sometimes, if you want to get something done though, you’ve got to do it yourself. You’ll have to fight Cordana to stop her from keeping the books and taking your precious, precious ring. 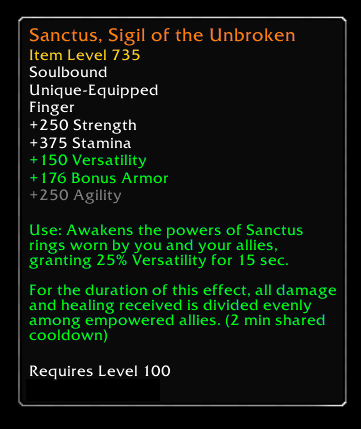 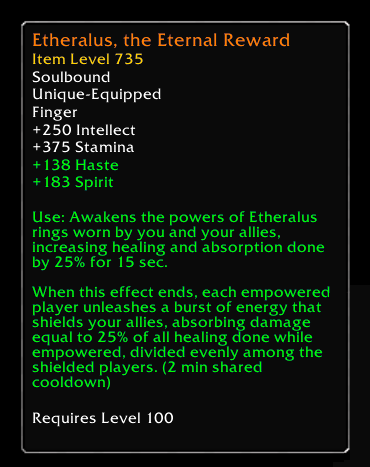 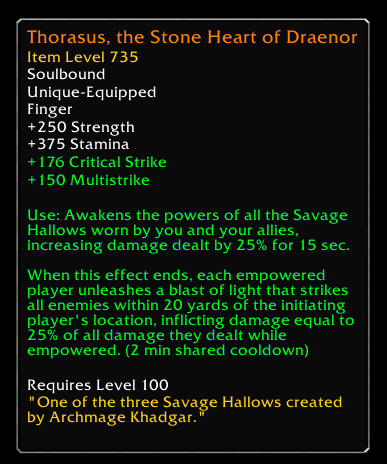 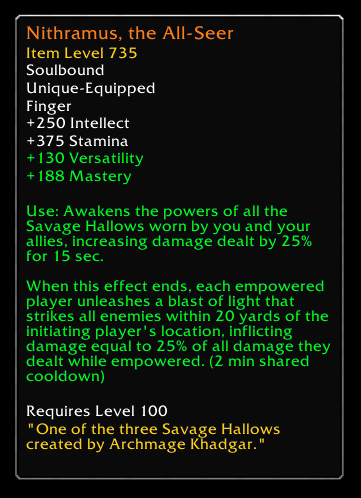 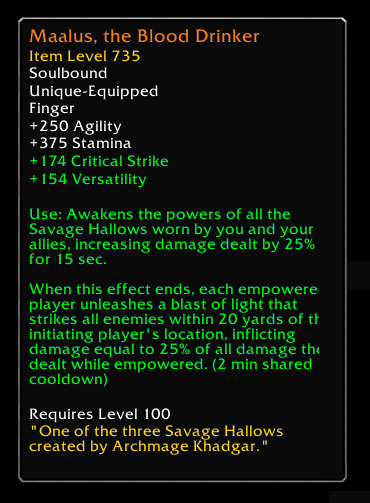 Once Gul’dan has been defeated, you’ll earn the Chapter IV: Darkness Incarnate achievement, and gain a new monument for your Garrison.

After all of that work, we won’t blame you if you crack open a celebratory Kaja’Cola by your monument as you gaze at your lovely new ring. You deserve it.