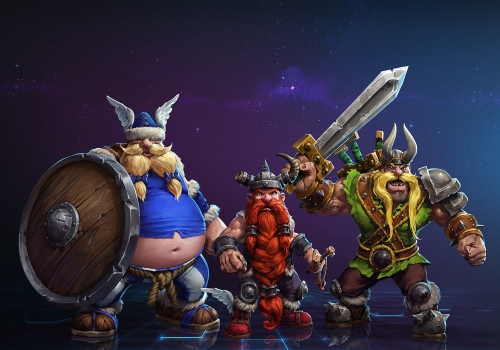 The Lost Vikings, (Olaf, Baleog, and Erik) just fell through a Nexus portal and are now available for play! Read on for a brief overview of their Abilities, as well as how to control the Vikings in-game.