Beasts of the Savage Lands: Spires of Arak

Extending south from the Draenor mainland, this region plays host to the cryptic arakkoa. Up in the towering spires or down below in the woods, menacing creatures lurk unseen at every corner.

The winged arakkoa are the proud descendants of the once-grand Apexis civilization, a glorious empire of the sun that ruled vast territories alongside the ogre empire centuries ago. While many of the great works of their forebears remain a mystery, the arrakoa of this era – proud, hateful, and defiant – have mastered their own distinct magical arts to channel and control the power of Draenor’s sun. Although they’ve been reduced to a shade of their former power and driven high to the peaks of Arak, the Arakkoa still look down on the ground-dwellers below. Approach winged arakkoa with caution, as they are known to attack ground-dwellers on-sight. 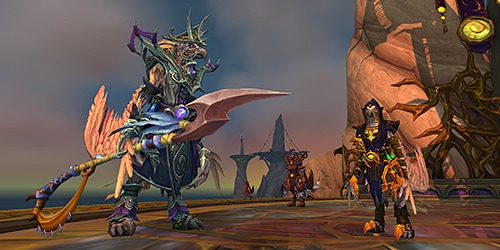 Discipline is harsh for any arakkoa who conflicts with the sages ruling the capital of Skyreach. Those found guilty of breaking the law, dabbling in shadow magic, or worshipping gods other than Rukhmar are hurled from the spires and into the cursed pools of Sethekk Hollow, where their wings shrivel and their bodies contort. No longer able to fly, and forever cut off from their sun god, these outcasts have formed their own communities in the shadows of the spires, particularly in the refuge city of Skettis. The outcasts are a tight-knit group and deeply distrustful, but they share common enemies with adventurers from Azeroth, and it may be possible to forge a relationship with them if one knows who to speak with. 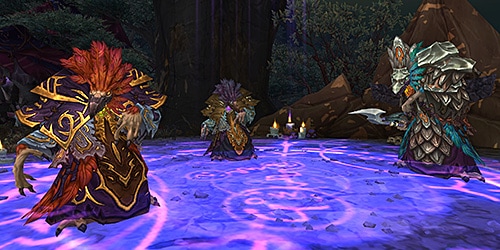 Long ago, the Raven God Anzu was cursed never to fly again. Anzu disappeared into the shadows, later to become the patron God of many flightless arakkoa outcasts. His children, the dangerous and shadowy dread ravens, still populate the Spires of Arak to this day. Fiercely strong and surprisingly intelligent, dread ravens are dangerous when their territory is breeched, particularly if their hatchlings are jeopardized. They are a grave threat on land and even more terrifying when they strike from above. Adventurers should be wary of their powerful headbutt or deafening screech. Stronger dread ravens use their wings as weapons, buffeting explorers with winds that threaten to blow them off the spires’ high cliffs. 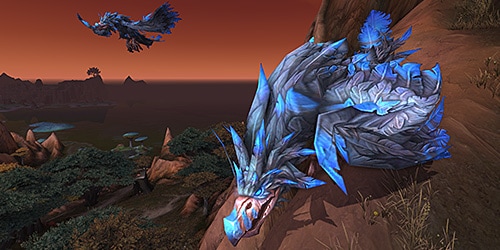 Draenei explorers have not yet determined if these multi-headed plant beasts are a natural species, or if they are created by the botani to defend their lands. These enormous, mindless creatures should only be engaged with extreme care, as each of a mandragora’s multiple heads are lined with serrated teeth, and the heads that aren’t busy chomping adventurers assault them with toxic spit or poisonous breath. Be wary of these foes when trekking through Draenor’s many overgrown jungles or bodies of stagnant water. 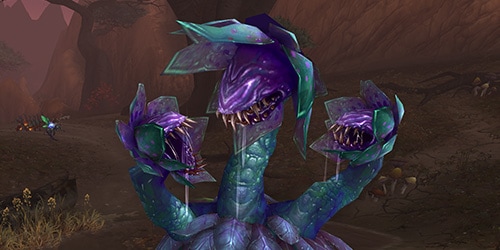 Ravagers hatch as small ravenous larva, but soon disappear into pupae, only to emerge as slender wasps with a swarm mentality and a ferocious sting. Wasps quickly set out to gorge themselves until their wings can no longer support their body weight, after which they undergo a third and final metamorphosis into a vicious four-legged insect, whose distinctive, gurgling click-hiss instills fear in orc and draenei alike. Heroes should beware the fully-grown ravager’s serrated mandibles (capable of shredding armor) and the lacerating spikes ravagers eject from their armored carapaces. 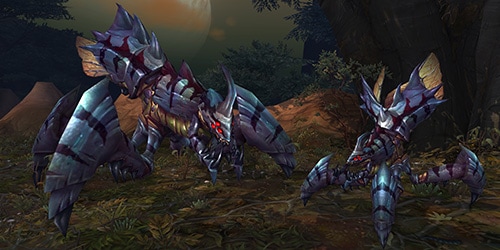 WoD Trailer: Wish You Were Here