We just released a new patch for Heroes of the Storm, which brings a new Hero, a new Custom Games draft mode, balance updates, and more to the Nexus! 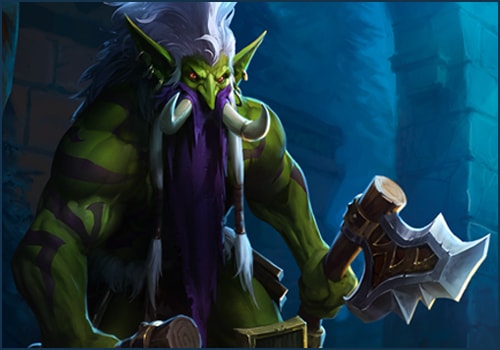 Before the elves and their Alliance, the forests of Lordaeron belonged to the trolls of the Amani empire. As their warlord, Zul’jin has united the tribes into an army that stands ready to take back what is theirs and to slay the elves who stole it from them.

Developer Comments:  With today’s patch you will notice that a lot of our tooltips that used to reference the Resistant/Vulnerable system have been changed. Matthew Cooper detailed the changes on our forums last month explaining a bit about the new system. While the tooltips may have changed, the actual functionality for the system has been in since the Varian patch hit during the week of November 14, so the game itself should not feel any different than what you are currently used to. You will also notice that we have added baseline Armor to three Heroes – Arthas, Anub’arak, and Greymane’s Worgen Form. These are the first of a handful that we are planning to release and would love to hear any feedback you have. We are hoping that the Armor System will open up future design flexibility, increase the depth of strategy (both in game, and in draft), and grant us another knob to help balance the game.

Developer Comments:  The functionality of Covert Ops was overly complex for such a simple concept: Buff your Pinning Shot if you’ve been cloaked for a while. The talent was performing well, so this isn’t an attempt to make it worse or better, but rather make it more clear when you have the bonus and when you don’t. Tactical Espionage, however, was underperforming quite a bit, so we decided to roll some of its components into Advanced Cloaking, since the fantasy and flavor of both talents were so aligned anyways.

Developer Comments:  For a while now, Azmodan’s All Shall Burn hasn’t been an attractive ability to build around. We’re making part of March of Sin baseline to make it feel a little more useful in the early game, and reducing the initial cast range but increasing the tether range require to cancel it so that it will more consistently get some value (instead of cancelling immediately if cast at maximum range). A few of his less powerful Talents are also being improved to better fit the gluttonous Lord of Sin’s tastes.

Developer Comments:  With the reintroduction of Haunted Mines, we wanted to take a look at Sylvanas and her ability to disable structures. While we feel this is a very important aspect of who Sylvanas is, the Paralysis talent at level 1 pushed this gameplay a little too far. Beyond that, we introduced a new level 1 talent to fill this spot and made some tuning changes to some of her under-performing talents.

Blizzcon: Das Panel „Heroes of the...