Hello, and welcome to Artcraft! I’m your host Chris Robinson, art director of World of Warcraft, and today we’re going to tackle something I know a lot of you have been looking forward to: facial customization options.

When we began working on the updated character models, we knew it would be a huge project, and we weren’t sure we could do it all at once. The idea originally was that a few races would be available at launch, and all the others would be patched in throughout the course of the expansion. While it wouldn’t have been ideal to see a mix of lower-quality and higher-quality models running around side by side, it did seem like the most realistically achievable solution at that time. Since then, though, we’ve committed ourselves to getting all of the original character models in by launch. It’s been a monumental challenge for us, but we think the effort is worth it, and the finish line is nearly in sight. 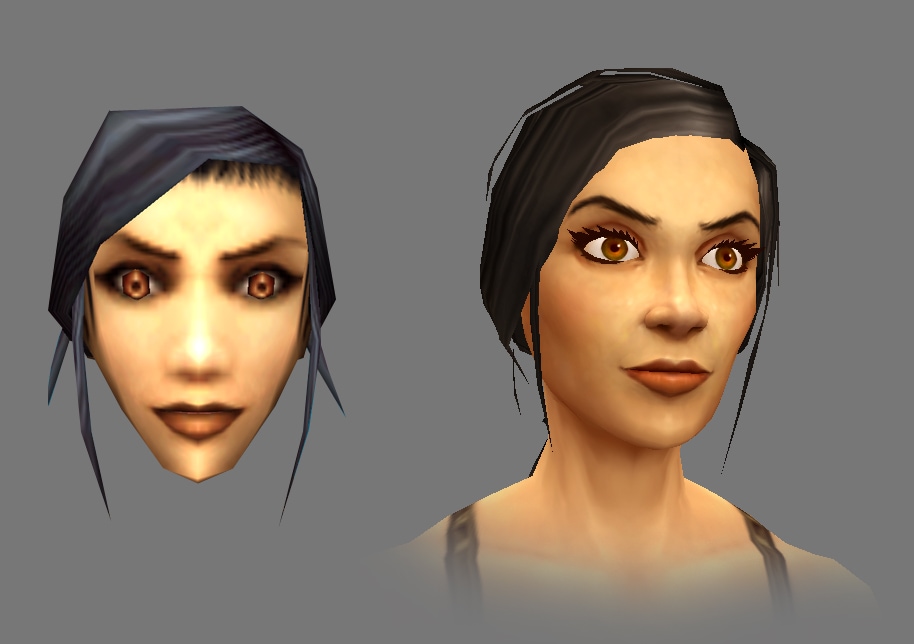 Our next big focus is doing justice to the facial options. With the original models and their simplistic geometry and low-resolution textures, a lot of facial expressions were simply painted on. Now that we’ve moved to higher-polygon models with lips, teeth, and fully articulated faces—not to mention higher-resolution textures—recreating those same facial options isn’t as simple as painting them onto a flat surface. Previously, to get a sneer out of a model, you’d just paint a sneer on its face, and that was that. To do it correctly now—and make it look great—we have to fully pose a sneer, create a custom texture, and mesh that base pose with all of the existing emotes and animations.

These more detailed face customization options were also originally part of our earlier “update-as-we-patch” rollout plan. Our initial idea was to release the new models with their base face, and then add additional options in updates over the course of the expansion. Again, that plan was based on the sheer amount of work involved in creating what are effectively all-new races (art-wise) on top of all of the art a big expansion like this one generally requires. But stepping back, we came to the conclusion that it just wasn’t going to be a good experience to have everyone playing with the same face geometry and a slight texture change, not knowing what their character would really look like until some later patch. In the end, we decided it would be best to tackle all of a race’s facial options at once. Up to this point, you’ve seen one facial geometry set, but very soon you’ll start seeing more finished products for each option in upcoming beta builds. 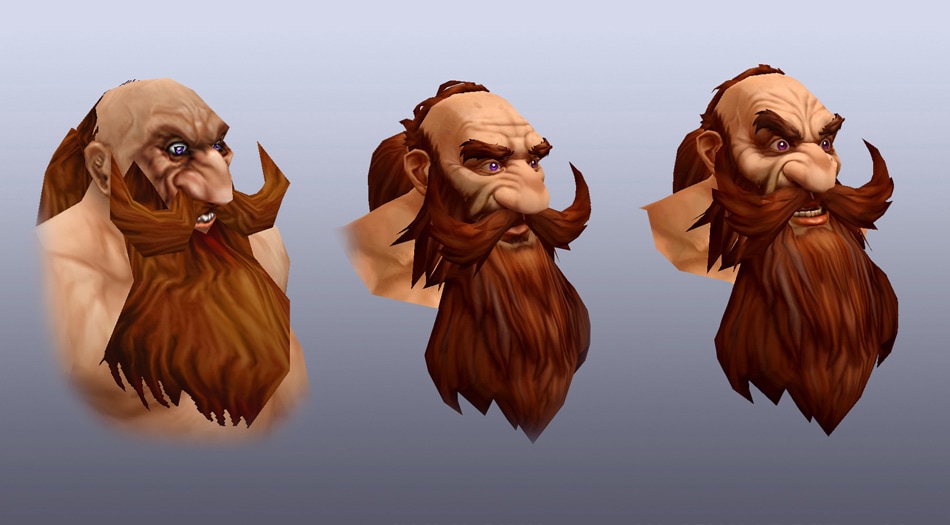 The original Dwarf model (left) has his teeth painted directly on his upper lip to give him a snarl. With the new models, which have fully modeled and textured teeth, a simple paint job just isn’t an option—it would look terrible. In the middle, you can see what that same sneer looks like right now in the beta test; on the right is what you’ll see in an upcoming beta build. 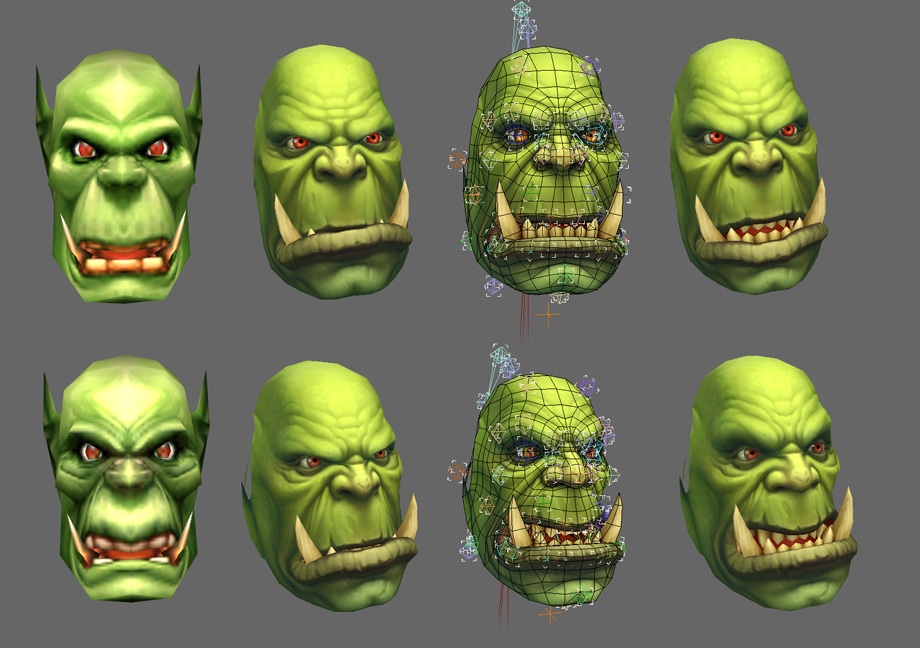 On the left, we have a pair of original Orc faces. The second column represents what you’re seeing right now in the beta build, showing texture variation but the same facial geometry. The third column shows a posing rig to demonstrate how we’re customizing each of the face appearances further. On the far right, you can see the final product.

We’re working hard to ensure all of the updated character models have the high level of quality you expect from us, and that we expect from ourselves. This revamp is a truly enormous project that we care deeply about, and we know you feel the same. We’re looking forward to seeing all of these new, high-quality, awesome-looking models running around Azeroth, and we hope you enjoy seeing the characters you know and love in a whole new light.